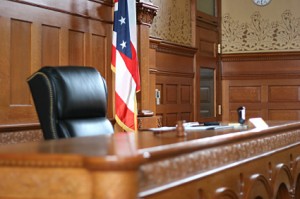 Lawyers are trained to watch the judge for cues during trial.  There are subtle cues.  And then there are the not-so-subtle cues.

There was a preliminary hearing judge in Philadelphia who was famous for playing golf every day at 1:00 pm.  This meant that he had to keep the court docket moving at a quick pace.  If the judge decided after the Commonwealth’s evidence or mid-way through the cross-examination that he didn’t believe there was enough evidence to proceed on the felony charges, he would peer over his glasses at the defense counsel and ask:  “Counsel.  Do you HAVE any more questions?”  The emphasis was always on the “have.”  That was his cue.  If you missed it the first time, he would ask it again.

Of course, responding to this cue was always a challenge for the defense attorney.  First of all, were you getting the cue at all?  Second, even if you were getting the cue, you had to figure out whether he was planning to dismiss the charges altogether or just the felony charges.  If he was planning to dismiss the charges altogether, then fine, no need to waste the court’s time.  But if he was just planning on dismissing the felony charges, the case was still going to trial on the misdemeanor charges, and you didn’t want to lose this opportunity to (1) pump the Commonwealth’s witness for more information and (2) pin the witness down on the record.

But the beauty of the judge’s cue was in the way in which he delivered it. It was in the tone of his question, not the content.  This means that if anyone ever challenged him on the cue, you could look at the clean record of the testimony – the transcript – and not find any indication whatsoever that the cue had ever been given.

David Feige of Indefensible fame recently had a much more troubling experience with interpreting or misinterpreting – depending on whose story you believe – a judge’s cues.  As I first learned about on Simple Justice, Feige was representing a client on serious felony charges in front of New York Supreme Court Justice Dominic Massaro.  According to Feige, during a pretrial discussion on whether or not the defense was going to ask for a jury, Justice Massaro “nodded his head slightly in an affirming way” and told Feige that the Justice was “intimately acquainted with the vagaries of eyewitness identification.”

Feige took the nod and statement as a signal from the Judge that he should forego a jury trial and try the case in front of Justice Massaro.  Don’t waste the court’s time, the judge seemed to be saying. You scratch my back and I’ll scratch yours.

Feige thus encouraged his client to waive his right to a jury and presented what sounds like may have been a somewhat abbreviated defense.   Both Feige and his client were then surprised when Justice Massaro, after hearing the case, found the client guilty of many of the most serious charges.

Did Feige misinterpret the judge’s signals?  I highly doubt it.  Feige is a very experienced criminal attorney and he knew this particular judge well. 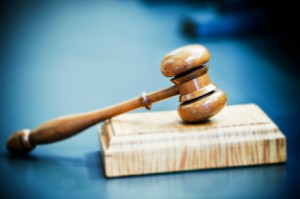 So what is a criminal defense attorney to do in this situation?  Feige himself did the courageous thing:  he participated in the client’s appeal of the decision on the basis that Feige had been ineffective in representing him.  Feige in effect threw himself and his reputation under the bus in order to protect his client’s interests.

Unfortunately for Feige (and even more unfortunate for his client), there were a number of factors working against them.  The first is the standard for reviewing a claim of ineffective assistance of counsel; the level of competence required by a criminal defense attorney is pitifully low.  The defense needs to be minimally competent, not perfect.

The second factor was the inability of the written record to reflect such non-verbal cues as a wink or a nod.  Concluded the reviewing court: “…nothing in the record before this court remotely suggests that Justice Massaro assured, promised or guaranteed that he would acquit the defendant.”  Well, of course not.  As with the preliminary hearing judge in Philadelphia, this is deliberate.  It was disingenuous for the reviewing court to suggest otherwise.

The third factor working against the defense was Feige’s own reputation for zealous and effective advocacy on behalf of his clients.  In other words, this is the argument that Feige is such a good lawyer that he would do anything to further his client’s interests, even it meant impugning his own reputation.  Wrote the court:  “Generally, mea culpa statements made by trial counsel cannot be taken at face value because counsel may be motivated by either a desire to assist a former client or protect their own reputation . . . Moreover, where, as here, an otherwise excellent attorney who consistently performs in a highly credible manner . . . unexpectedly and inexplicably pleads ineptitude, skepticism is particularly called for.”

The fourth and final factor was that the court was also familiar with Feige’s book Indefensible and his T.V. show, “Raising the Bar.”  The court found it noteworthy that the book and T.V. show had both included remarkably similar cases to the real-life situation in front of the court.

Bad luck for Feige.  Even worse luck for his client.  That will teach the client to hire a lawyer who is competent, zealous, effective, and famous.

← On Ghostblogging, West Berlin, and the Internet
Hamilton Burger on the “Jury Trial Tax” →