The “Too Clever By Half” Prosecution Witness

One of my favorites targets for cross-examination is the prosecution witness with an axe to grind.  While you need to be vigilant as a criminal defense attorney facing this type of witness, particularly if you are in front of a jury, such a witness provides you with plenty of opportunities for impeachment and for attacking the witness’ credibility in the eyes of the judge and jury. 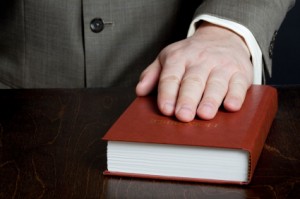 For example, I was reviewing police paperwork on a recent DUI/DWI and came across this gem: “While the defendant was being processed, he made the excited utterance that he shouldn’t have been driving.”

This is a police officer I am dying to cross-examine.  Why?  Because he used the phrase “excited utterance.”  Because he is, as my grandmother used to say, being “too clever by half.”

“Excited utterance” is a legal term.  It is an exception to the hearsay rule that allows the statement to come into evidence on the assumption that the things people say in the heat of the moment, without the opportunity to reflect, are likely to be reliable and truthful.

For a police officer to use this term in the case paperwork tells you a number of things about the officer and how he is likely to testify at trial.  First, it tells that you that, while he may fancy himself as an expert in the law, he is fairly unsophisticated and, if properly handled, could get himself into trouble on the stand.

Your client’s statement that he knew he shouldn’t have been driving is in fact very incriminating.  But its admissibility into evidence is a legal decision that will need to be made by the court, not the police officer. In this case, the defendant’s incrimininating statement doesn’t need to be an excited utterance, because it will come in anyway as an “admission by party opponent.” 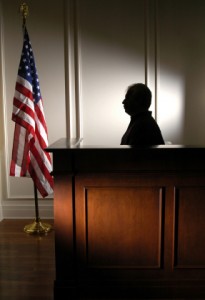 By usurping the judge’s role in making determinations on the admissibility of evidence and by quibbling with you over minor legal and evidentiary technicalities, the witness is displaying his ignorance while betraying signs of bias.

Second, the officer’s use of “exited utterance” in the police paperwork tells you that the officer will be willing to say anything when he is on the stand to make out the prosecution’s case against your client.  If he is already thinking how to get the defendant’s incrimininating statement into evidence as he is filling out the police paperwork weeks or months before trial, imagine what he will be willing to say on the stand during a motion to suppress or at trial.

If you can see this bias, so too can the judge or jury.  After all, what is the witness’ motivation in testifying?  Is it to lay out the facts so that the judge or jury can come to a decision on culpability?  Or is it to get your client convicted?

By contrast, the prosecution witness who gives me the greatest amount of heartburn is the “Joe Friday” of prosecution witnesses.  This is the witness who simply states the facts and who seems to have no agenda other than to tell the court what happened.  The credibility of such a sophisticated witness is much more difficult to impeach.