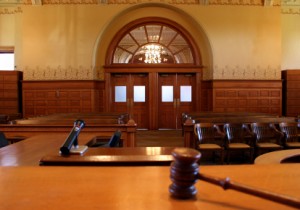 I’ve noticed some complaining recently on other criminal defense blogs about junior prosecutors.  These prosecutors, so the complaints go, tend to be more inflexible than their more senior colleagues when it comes to plea bargaining.   In addition, they can sometimes be difficult to deal with personally.

I attribute this problem to insecurity.  Most prosecutors – at least at the state level — take the job right out of law school.  So, unless they took a lot of time between college and law school, they are young.  They are also junior.  I think it is fair to say that, generally, junior people in any profession tend to be more insecure, and this should also hold true for prosecutors.  They have not yet developed confidence in their knowledge and abilities.  They are unsure of their authority to make concessions.  And, depending on the particular individual, some might take any challenges to their authority as a personal affront.

It is the taking things personally that gets to me.

There is still a prosecutor in Philadelphia, who, before I left the city to return to D.C., couldn’t even bring herself to look at me when I passed her in the hallway.  And all this hostility was the result of a case in which she won.

I was representing a client charged with aggravated assault by a prisoner.  I had three other prisoners testify for my client as eye witnesses to the alleged assault.  But what apparently got this prosecutor so angry was that I was also able to obtain the personnel records of the complaining witness, a correctional officer, showing that the complaining witness had previously been fired by the Philadelphia prison authorities for bringing contraband into the prison.  The records also contained other potentially embarrassing information about the officer.

It was a long trial, which ended up being continued over four listings.  My witnesses testified, I thought, very credibly, and the trial included what I thought was a potentially case-changing admission by the prosecution’s key eyewitness to the alleged assault, the prison guard’s partner.  She testified that, yes, the correctional officer was her partner.  She had his back while they were working together in the prison, and she would have his back in the courtroom as well, even if that meant lying on the stand to support his version of the events.

For reasons I cannot understand to this day, I lost the trial. And, while I cannot think of anything I did that was over-the-top or unethical, the prosecutor was furious with me. In what I thought was a gracious gesture, particularly given how upset I was, I went up to her after the verdict had been read to congratulate her.  She couldn’t even bring herself to look at me.

Yes, I gave her a copy of the personnel records on the day of trial.  But that was the very day I got the records myself.  It wasn’t my fault that the City of Philadelphia is notoriously slow in responding to subpoenas.  She could have asked for a continuance to review the records, but she didn’t.  And, yes, I used the personnel records to give her prize witness a hard time on the stand.  Would she have expected me to go easy on him?

Ironically, the correctional officer himself did not seem to harbor any ill-feelings after the trial.  I went to the prison the next day to see a different client and, coincidentally, it was the very same officer who was checking bags at the security checkpoint.  It was potentially a very awkward situation, and I wondering if he was going to concoct some excuse for denying me admission.  Instead, he smiled at me and shook my hand.  Hey, he said.  No hard feelings.  I know that you were just doing your job.

← Requesting a DMV Hearing After a DWI or DUI Arrest in Washington, DC
“Discovery” in a D.C. Superior Court Criminal Case →