The Controversial World of Avvo

Avvo is such a controversial network, it is hard to believe that just a couple of months ago, I hardly knew what it was.

For those of you who are not familiar with it, Avvo is a social networking site similar to Facebook, MySpace, and LinkedIn, except that it is for lawyers.  Lawyers in states that are covered are automatically listed.  You can “claim” your profile and then flesh it out.

Avvo is controversial for a number of reasons.  First of all, it is controversial because it rates all lawyers who “claim” their profile on a scale of one to ten based on three general criteria:  experience, industry recognition, and professional conduct.  A rating of 6 is “good.”  A rating of 7 is “very good.”  And a rating of 10 is “superb.”

You can improve your rating by adding degrees, publications, speaking engagements, and client and peer endorsements.  What offends many lawyers about the site is the seeming arbitrariness of the rating given its potential importance.  Who wants a client to go on to the site to find out that Avvo has deemed you merely a “so-so” lawyer, without any real understanding of your experience and capabilities?

While only a few Avvo employees are privy to the method Avvo uses to rate lawyers, it is clear that Avvo accords great significance to the number of years a lawyer has been licensed to practice.  As a result, many lawyers fresh out of law school refuse to claim their profile for fear of getting a “so-so” rating.

Avvo is also controversial because it allows anonymous client feedback.  While one of the most egregious examples of someone trying to game the system occurred not through Avvo but through Yahoo!, the following story suggests some of the dangers of allowing such anonymous feedback.

Last August, a number of criminal defense lawyers in the Houston area were alarmed to find they had all received negative one-star reviews from a so-called “jerry k.” on a local Yahoo service.  Investigating the matter further, they found that this “jerry k.” apparently had about 15 lawyers on a single day and he only liked one of them.

Suspicion soon focused on the one lawyer who received the positive review.  When the other Houston lawyers challenged the lawyer through their blogs, the person with access to the “jerry k.” account suddenly decided to delete jerry k’s reviews.  As Jamie Spencer of Austin Criminal Defense Lawyer put it:  “[I]t’s amazing that jerry k. learned about it so quickly.  [Andy] Nolen didn’t have primary access to jerry k’s account, did he?”

Avvo is also controversial because of the “question and answer” feature it provides.  People with a legal question can go onto the site and pose a question.  I’ve been arrested for shoplifting.  Will I go to jail?  I want to divorce my husband.  How do I do this?  Etc.  Lawyers then answer the question in return for a number of points.  The first lawyer who answers the question gets 15 points.  The second and third answers get 10 points.  And so on until all 50 points for a particular question are exhausted.  Accumulating points then moves the lawyer up from the scale from a “Level One Contributor” to a “Level Ten Contributor.” (I think of my two sons and the delight they used to take when they went up a level on the Internet games of Diablo or the World of Warcraft.) 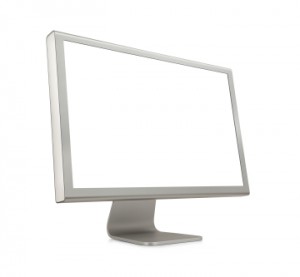 Based on the many complaints I’ve seen on legal blogs and listservs, what gets so many lawyers upset is not that participating lawyers could be providing bad advice or engaging in the unauthorized practice of law (although this gets them upset as well) but that many lawyers seem to game the system in order to increase their number of points.  Some of the examples people cite are funny – a one-word answer after a lengthy legal disclaimer or the sage advice that the questioner should consult a local lawyer.  (Click here to see an example of a complete non-answer.)  Other times, when the lawyer gives obviously bad advice, it is not so funny.

All that aside, I personally like and appreciate Avvo.  For one thing, my Avvo profile has increased traffic to my website/blog and resulted in many phone calls.  (Unfortunately, as for securing actual clients, most of the phone calls have been from Pennsylvania where I am no longer handling criminal matters.)  I enjoy posting answers to the Avvo questions, though I only answer questions in the two jurisdictions in which I am licensed to practice law.

I have been flattered by the peer and client endorsements I have received to date.  And, similar to my sons with the leveling in their Internet games, I enjoy the challenge of improving my Avvo rating and “contributor level.”  Finally, as for the lawyers who game the system to increase their number of points, it is hard for me to get up a head of steam about it.  I have no doubt that the people who post the questions will see right through this.  They may not know the law, but they are not stupid.

The only complaint I do have about Avvo is that the answers are indexed through Google.  And, bad luck for me, the number one answer that I posted had to do with a person who had been arrested for urinating in public.  As a result, if you google my name, the very first listing says something about “peeing” and then my name.  As I’m sure you can imagine, this is not exactly the type of image I am trying to convey.

← Arenas Pleads Guilty to Carrying a Pistol Without a License (CPWL) in D.C.
Telling the Truth on the Witness Stand →

2 Comments on “The Controversial World of Avvo”