The client was so excited he could hardly contain himself when he came into my office.  “We’ve got this case beat,” he told me.  Why is that?  “Simple,” he said.  “The police never read me my rights.” 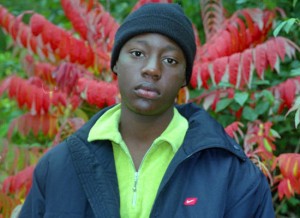 The Miranda rights are deeply ingrained in our society and culture.  The U.S. Supreme Court briefly considered abolishing the rights as an anachronism in 2000 but ultimately decided that the rights were too deeply imbedded in the national consciousness.  After all, everyone knows these rights under the Fifth Amendment and can recite them from memory:  “You have the right to remain silent.  Everything you say can and will be used against you . . .”

In fact, so many Canadians watch American T.V. and movies that Canadian citizens will often assert the Fifth Amendment right to remain silent.  This is to the surprise of Canadian courts considering that there is no Fifth Amendment in that country.

People may know about the Miranda rights and the 5th Amendment but, like my client above, they frequently misunderstand the impact of the failure by police to read these rights.  In fact, Miranda only applies to cases in which the defendant is both in police custody (not free to leave) and being interrogated (asked specific questions about criminal activity).  This means that if the police stop a person on the street and ask about criminal activity and the person blurts out that the drugs are not his, the person’s statement will probably be admissible at trial.

Moreover, the remedy for a violation of the Miranda rights is not to dismiss the case.  It is to preclude the prosecution from introducing the un-Mirandized statements against the defendant at trial.

Reading of the Miranda rights became an issue most recently in the questioning of the Christmas Day bomber, Umar Farouk Addulmuttalab, at the Detroit airport.  FBI agents who questioned the suspect in his hospital room initially decided to forego reading the suspect his rights, presumably under a public safety exception to the Miranda requirement, and the suspect talked freely, incriminating himself with his statements.

The interrogation was halted so that the suspect could receive medical treatment. At this point, the FBI brought in a “clean team” of investigators to take over the interrogation.  This time they read him his rights.  And this time, having heard those rights, the suspect elected to remain silent.

The FBI approach in this case reflected tactics used in police departments throughout the United States.  First, you get the suspect to admit everything.  If you succeed, you then read the suspect his rights and repeat the interrogation. Many suspects, having already let the cat out of the bag and not being aware of the legal admissibility of the first statement, will go ahead and make the same concessions after having been Mirandized.

I repeat once again:  Never, ever say anything to the police about the facts of the case or anything even remotely associated with the case.  If in doubt, just remain silent.  But not before you assert your right to a lawyer.  You do this immediately.

← The “Jury Trial Tax”: The Penalty for Insisting on a Jury Trial
A Public Apology in a Criminal Case →