A Public Apology in a Criminal Case

In a blog entry entitled “Victims Speaking Out,” D.A. Confidential describes the cathartic effect allocutions can have for the victims of a crime.  “Allocution” refers to the dialogue between a judge and a defendant prior to sentencing.  Allocution allows the defendant to ask for mercy, explain his or her conduct, apologize for the crime, or say anything else to the judge to get the judge to go easy on him. 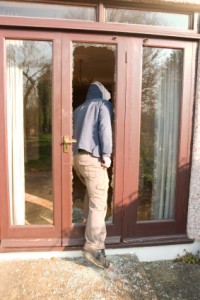 While I will defer to the Texas prosecutor who writes D.A. Confidential on the beneficial effect of allocutions on victims, I believe that allocutions are very cathartic for a defendant who has been convicted of a crime.  For months and months, or for however long the process has taken, the defendant has been required to let his attorney do all the talking.  Now, finally, it is the defendant’s turn to speak directly to the judge.

The same is true for public apologies.  Sometimes all the victim wants is for the defendant to say he or she is sorry.  I had a great case a year or so ago that was right out of a Disney movie. The complaining witness — an 85-year-old woman — had hired my client to wash her car. At some point, my client went into the woman’s house to use the bathroom. And at some point the woman discovered that there was cash missing from the front table of her house.

I spoke with the client before trial to discuss trial strategy. He said there was no way he was going to make the old woman testify. He wanted to plead guilty but only if he could be given the opportunity to apologize to her for betraying her trust.

The DA was surprised by this unusual condition but readily agreed. The woman was brought up to the bar of the court at the time of the guilty plea, and my client apologized.

The woman looked at him.  “Young man,” she said, though my client was well into his fifties.  “You were forgiven at the very moment you took that money.  And, incidentally, you did a very good job washing my car.”  The entire gallery erupted in applause — something I had never seen before and probably never will again.

2 Comments on “A Public Apology in a Criminal Case”