Calling a Police Officer a Liar 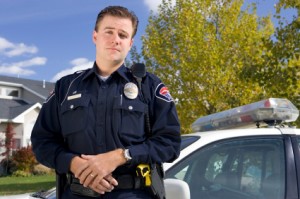 I initially had trouble remembering the case, but I was pretty sure I had never called any witness a liar outright, during either cross-examination or argument.  It’s generally not an effective defense strategy, at least not in front of a judge.  Judges don’t like to criticize the men and women in blue and, if you base your entire argument on the claim that the officer is lying, the judge cannot rule in your favor without endorsing that claim.  Most judges are loathe to do that.  It’s far easier to win the case on purely legal grounds.  That way the judge can thank the officer for his/her bravery and professionalism, but then shrug his/her shoulders and rule for the defendant.  The law is the law.  In other words, it’s not the judge’s fault for setting a guilty man free. It is the legislature’s fault for enacting such crazy laws.

So, while I often imply that the police officer is a liar, I only use this strategy in connection with some type of legal argument, however thin that argument may be.  This way, if the judge agrees that the officer is lying, the judge can make the right decision while still allowing the officer to save face.

And as far as I can remember, I have never actually used the “L” word.  Instead, I love to quote former Supreme Court Justice Potter Stewart and his elegant, understated phrase; namely, that police officers are simply engaged in the “often competitive enterprise of ferreting out crime.”  In other words:  Yes.  Police officers do lie.  If they go to all the trouble to arrest and process a suspect and then spend an entire day cooling their heels in a courtroom hall, they want to make sure they have something to show for it at the end of the day.  A simple distortion of the truth?  Hey, it’s okay.  I know he did it.  Why should he get off on a simple technicality?

Don’t get me wrong.  I like police officers.  I am a law-abiding citizen myself, and, just as the judges do, I appreciate the risks the officers take on all of our behalf.   They run toward danger so that I can run away from it.

One night, back when we were in Philadelphia, the burglar alarm went off at our house and a young, fresh-faced police officer with a shaved head showed up at our front door.  Two days later, our vacationing neighbor’s alarm went off and I went out on the street to investigate.  There again was the same police officer. 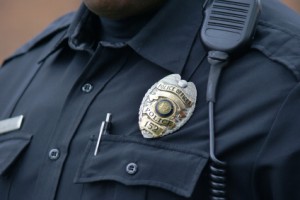 A week or so later, purely by coincidence, I appeared at court for trial to find the same police officer ready to testify against my client.  I can’t remember the facts or the outcome of the case, but I remember I gave the officer an awful time on the stand.  The officer showed no signs of recognition – or anger — as I grilled him on a whole range of different things.

Later, I approached the officer as he was standing with a group of other officers in the hall.  The conversation stopped immediately when I approached.  Did he remember me from the other week?  The officer smiled.  Of course he remembered me.  Well, I told him.  This is what I do.  I spend my days grilling police officers on the stand.  And at night I sleep well because those same police officers are out on the street protecting me.  The officer nodded.  He understood.

Civilian witnesses, I have found, tend to take these things more personally.  One time I was representing a client at a preliminary hearing.  My client had been accused of forging a check.  My client and the complaining witness knew each other, and from what my client had told me, it was a complicated relationship.  We had some time before the hearing and I saw the complaining witness standing by himself in the hallway.

I introduced myself to him.  I told him who I was representing and what my role was.  And I told him he didn’t need to speak with me if he didn’t want to.  The complaining witness said fine, then began to pour his heart out to me.  There were drugs involved.  He had romantic feelings toward my client.  He had given my client permission to use other checks, just not this one.  He didn’t want my client to get into trouble but he felt betrayed. And so on.  It was almost as if the complaining witness viewed me as his therapist.

I have an ethical obligation as a lawyer to do my very best in protecting my client’s interests.  In this case, my client’s interests required getting the charges dismissed.  When the complaining witness testified against my client, I used all the information he had just provided me to rip apart the prosecution’s case during cross-examination.  I will never forget the look on the complaining witness’ face – a mixture of disbelief, disdain and betrayal.  How could I possibly be so evil?

I am not evil, at least I don’t think so.  And I don’t have trouble sleeping at night because of what I do, even though I am sure there are people who think I should.  We have an adversarial system of law.  The system only works if both sides are well-represented.  I have an ethical duty to my client of zealous representation.  Once I know something positive about my client’s case, how can I not use it?

No, I told my supervisor that day in the Philly public defender’s office.  I don’t think I actually used the term liar.  My supervisor smiled and winked at me.  He too understood.