President Clinton made a lot of people unhappy back in 2001 when, during the very last days of his presidency, he granted a presidential pardon to fugitive financier Marc Rich.  Rich had been indicted for evading $48 million in taxes and had been living for the previous 17 years in Switzerland.  His former wife Denise Rich was a major contributor to the Democratic party, with a $70,000 contribution to Hillary Clinton’s successful run for the Senate and $450,000 to the Clinton presidential library fund.  President Clinton also pardoned his half-brother Roger Clinton and good friend Susan McDougal of Whitewater fame. 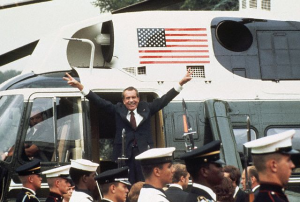 A “pardon” is the act of officially nullifying punishment or other legal consequences of a crime.  A pardon is usually granted by the chief executive of a government.  This means that a presidential pardon would be required for a federal crime.  A state governor would grant a pardon for a state crime.  Because there is no governor of Washington, D.C., both state and federal crimes committed in the District can be addressed through a presidential pardon.

A pardon should not be confused with “commutation of sentence.”  A pardon nullifies the conviction so that for practical purposes it is as though the conviction never occurred.  Commuting the sentence allows the conviction to stand, but waives any  remaining penalty.  This is the form of “clemency” (meaning mercy or leniency) that President George W. Bush granted Vice President Cheney’s former chief of staff, Scooter Libby.  In both cases, pardons as well as sentence commutations, the person cannot be retried on the same offense because of the Constitution’s prohibition of double jeopardy.

So, how is this relevant to a person with a criminal conviction in Washington, D.C.? A conviction can have wide-ranging, adverse and sometimes unexpected ramifications for a person.  Recently, for example, I was working on a situation in which a person’s conviction for carrying a pistol without a license (CPWL) in D.C. was preventing the person from qualifying for a gun permit in another state.   Many jobs preclude employment for people convicted of certain offenses.

Once this waiting period has elapsed, the person needs to submit a petition to the Office of the Pardon Attorney at the U.S. Department of Justice.  The petition itself is only about 20 pages long.  In addition to contact and other background information, the petitioner is required to lay out the reasons for the request and provide information on the specific conviction in question, any prior or subsequent convictions, employment history, any mental health or substance abuse issues, military record, and charitable and community activities.  The petitioner is also required to present affidavits from three people attesting to the petitioner’s good character.

While the process itself appears fairly simple, a person who decides to submit a petition should manage his or her expectations on success.  Civil servants at the Justice Department manage the review process, but it is the President who makes the ultimate decision, and Presidents have varied greatly in their inclination to grant a request.

Of all the post-World War II presidents, Harry Truman would appear to have been the most favorably disposed to pardons, having granted a total of 1,913.  However, because the records do not separate the petitions for pardon from commutation of sentence requests, it is impossible to tell what percentage of the pardon requests he granted.

Of all the Presidents since pardon requests were counted separately, a record-keeping change that was made during the Johnson Administration, President Nixon turns out to have been the most favorably disposed to pardon petitions.  He granted a total of 863 pardons, which was exactly half the number of petitions he received.  President George W. Bush was the stingiest in percentage terms, approving only 7% of the petitions he received for a total of 189 pardons.  President George H.W. Bush approved the fewest number of requests in absolute terms, with only 74 petitions granted.

According to Justice Department records, President Obama has received a total of 232 pardon petitions to date.  Given the 18-24 months needed to process the petitions, no pardons have yet been granted.