There are two basic drug offenses in the District of Columbia: (1) drug possession, and (2) drug dealing. Today’s entry will deal with the misdemeanor offense of drug possession. 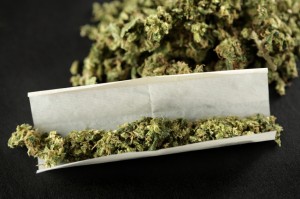 The crime of drug possession requires: (1) knowing or intentional (2) possession of (3) controlled substance. The defendant can use the affirmative defense that the contraband was possessed pursuant to a valid prescription.

Since no one can read the defendant’s mind to determine exactly what he knew or intended, the prosecution will use circumstantial evidence to prove this element of the offense. If the defendant is holding the contraband in his hand, the judge or jury can fairly assume that the defendant knew about the drugs and intended to have them in his hand. That would be knowing or intentional possession. The judge or jury can also look to the defendant’s behavior. Did he run away or attempt to hide the drugs when confronted by the police? Such actions could indicate consciousness of wrong-doing.

The third and final element the prosecution must prove is that the drug recovered from the defendant is a “controlled substance”; that is, that it is included on the list of substances that are proscribed for personal possession without a valid prescription by the D.C. Controlled Substances Act.

Given the complexity of the prosecution’s burden of proof, you can see that there are many opportunities for defense counsel to challenge the prosecution’s case. In addition to each of the three elements of the crime of illegal possession described above, defense counsel can also make the affirmative defense that the defendant had a valid prescription at the time he was stopped by police. I will deal with affirmative defenses in later entries.