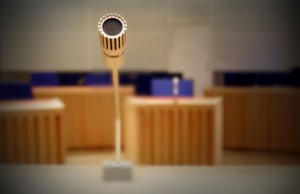 Many people assume that if the police did not read the defendant his or her Miranda rights (“You have the right to remain silent,” etc.) during any phase of police investigation, the whole case will be thrown out. This is not true. In fact, any statements the defendant or any co-conspirators make would normally be admissible at trial as an exception to the general prohibition on the use of hearsay. Miranda applies only to cases in which the defendant is both in police custody (not free to leave) and being interrogated (asked specific questions about criminal activity). This means that if the police stop a person on the street and ask about criminal activity and the person blurts out that the drugs are not his, the person’s statement will probably be admissible at trial.

If the court finds either that the Miranda rights were never read or that the defendant did not knowingly and voluntarily waive the right to remain silent, the court could exclude any resulting statements from use at trial.

While on the subject of statements, I’d like to re-emphasize the importance of a defendant exercising his or her right to remain silent. As noted before, police officers are professionals. They know how to get people to talk. And people often don’t realize that seemingly harmless statements can often prove very damaging at trial. The same is true of supposedly exculpatory statements. For example, a defendant who claims that he saw someone else commit the crime has just admitted that he was present at the scene.

Again, the best thing to do when taken into custody by police is, first, to tell the police you will not make any statement until your lawyer is present and, second, to exercise that right. Do not be fooled by any promises of leniency by the police in exchange for your cooperation. It is the prosecutor who has the ability to exercise that leniency, not the police.